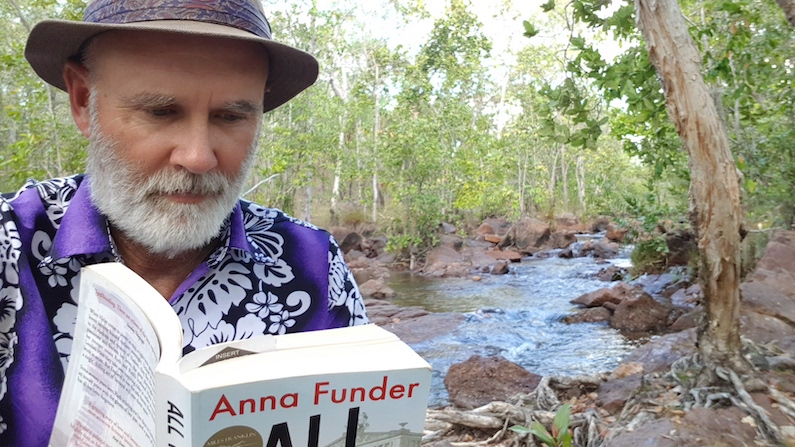 Award-winning Australian author Anna Funder discussed her 2003 bestseller Stasiland on the Better Reading podcast in February 2019. Having visited Berlin in 1987 and 1995, her book on the East Germany secret police piqued my interest. It wasn’t on the shelf at my local bookshop, but I did find All That I Am.

As I confessed in The Man Behind The Woman in the Window blog post, I’m a sucker for book covers and first sentences. And I post a series with the hashtags #bookcovers / #firstsentences on Instagram as (@tallandtruebooks).

Plucking All That I Am from the shelf and reading the opening line reminded me why I love a good first sentence:

When Hitler came to power I was in the bath.

Wow, this was a book I had to read. But I had many other books to read at the time, so I added it to my bedside pile.

Six months later, I set off on a self-drive campervan holiday in Australia’s Top End. Twelve days, 1500 kilometres, lots of sightseeing, and nothing to do in the evenings but read a book by the campfire. The perfect opportunity to finally get into All That I Am.

Funder wrote her 2012 Miles Franklin Literary Award winner based on real events and people. She described it as “reconstructed from fossil fragments, much as you might draw skin and feathers over an assembly of dinosaur bones, to fully see the beast”.

Set in the 1930s, a close-knit group of friends and lovers works to stop the rise of Nazis in Germany and, when exiled, to warn of the threat Hitler poses to the world.

With inventive timeshifts, Funder switches the storytelling between the voices of Ruth and Toller. Ruth is now in her nineties, living in Sydney, looking back on her long life. And Toller is in New York, in the months before the outbreak of war in Europe, reworking his memoir, I was a German. 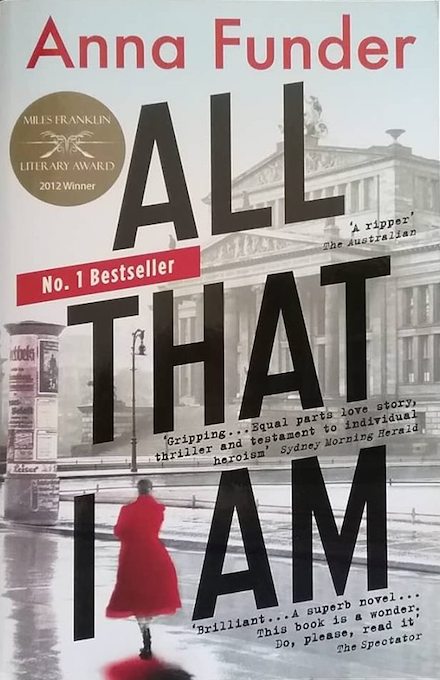 Ultimately theirs is a tale of struggle, hope, betrayal and failure. But with Funder’s trademark flair for writing and insight into the human condition, its also a compelling portrayal of relationships, bravery and frailty.

A Resonance for Today

Published in 2012 and depicting events that lead to fascism and world war seventy years ago, the resonance of All That I Am for today’s political climate is disturbing. We should learn from Funder’s account of the lurch to populism and nationalism and the disastrous consequences of appeasement.

All That I Am proved perfect for reading by the campfire at night. And for sneaking off for a quiet read beside a creek towards the end of my campervan holiday. I highly recommend Anna Funder’s book wherever you read it!

A Birthday to Remember (or Forget?)