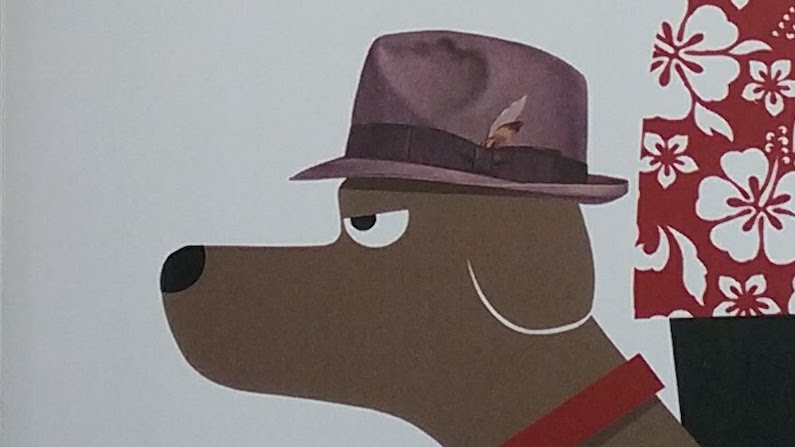 As the cliche says, you should never judge a book by its cover (though this book’s cover with the dog would catch my eye in a bookshop). But I’ve found the first sentence to be a fair judge of whether or not I’ll enjoy a novel:

“I could smell him—or rather the booze on his breath—before he even opened the door, but my sense of smell is pretty good, probably better than yours.”

Dog On It is the first book in Spencer Quinn’s Chet and Bernie mystery series. It’s a detective novel featuring Bernie Little, “a slightly down-at-heel private investigator”, and Chet, his “partially K-9 trained” dog, who failed his police-dog training when a cat appeared during the final open country tracking test. Chet is also the narrator of the story.

Cynthia Chambliss retains The Little Detective Agency to find her fifteen-year-old daughter, Maddison, who failed to return home after school. Despite financial difficulties, Bernie is reluctant to take on the case: Maddison has been missing for less than a day. And Cynthia’s property developer, ex-husband, Damon Keefer, is also against retaining Bernie. He believes his daughter has just run away to Las Vegas because “she’s impulsive, like her mother”.

Bernie and Chet piece together Maddison’s last known movements to determine if she’s run away or been kidnapped—or worse. Throughout the search for Maddison, we follow the trail through Chet’s eyes and nose and learn more about Chet and Bernie in the process. Dog On It was my “secret Santa” gift at an end-of-year dinner for instructors and helpers at my local dog training club, where I’m a volunteer instructor on weekends. It proved the perfect novel for me, combining my twin loves: books and dogs (see my Writing on Dogs).

While I lecture my dog training classes not to anthropomorphise dogs, I liked Chet’s narration. It’s how I imagine a dog might think and talk:

“Bernie went to the bed, stripped of a pillowcase that looked pink to me, although I’m not judge of colour, according to Bernie. I sniffed at it a couple of times, got Madison’s smell: young human female, with hints of honey, cherry, and a kind of sun-coloured flower I sometimes saw along roadsides. Bernie folded the pillow-case and sealed it in a plastic bag.”

I suspended my disbelief and wholeheartedly believed in Spencer Quinn’s Dog On It and Chet and Bernie and thoroughly enjoyed the novel. And I look forward to reading more in the Chet and Bernie Mystery series!