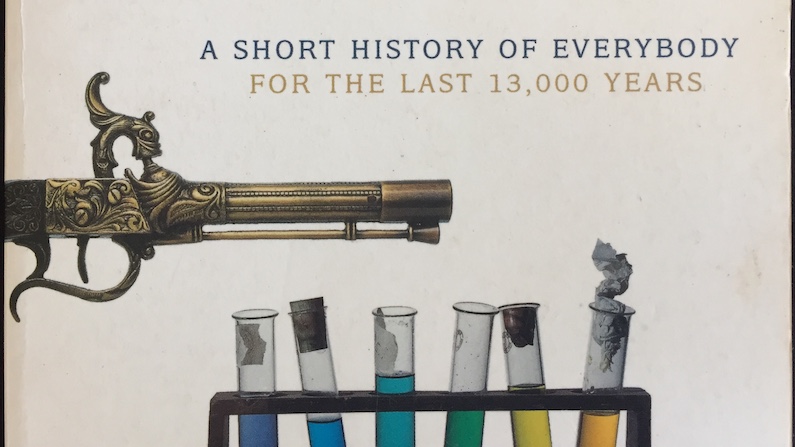 In April 2018, I published a writing tips article on Tall And True titled, Writing First Sentences. The piece was in part inspired by a homage series I have been posting to Instagram with photos of books and their opening sentences, tagged #bookcovers and #firstsentences (as @tallandtruebooks).

In the article, I commented on the cliche “you should never judge a book by its cover”, admitting that in some cases, like Dog on It by Spencer Quinn (reviewed on Tall And True, January 2018), I loved the cover AND the book. But for me, the best gauge of whether I’ll enjoy a work of fiction or nonfiction is to read the first sentences.

I could smell him – or rather the booze on his breath – before he even opened the door, but my sense of smell is pretty good, probably better than yours. ~ Dog on It by Spencer Quinn (2008)

In the writing tips piece, I showcased other examples from my Instagram posts. Some were a single sentence, and others were several sentences to a paragraph long. But as I commented, all shared the writers’ goal of “teasing and hooking” the reader.

Since publishing Writing First Sentences, I have posted another 70 or so photos of books on Instagram. I thought it might be fun to share more of my favourite single sentences with links to the posts and book cover photos on Instagram:

It had been three hours now since they’d lost radio contact with the two divers. ~ Ice Station by Matthew Reilly (1998)

No one would have believed in the last years of the nineteenth century that this world was being watched keenly and closely by intelligences greater than man’s and yet as mortal as his own; that as men busied themselves about their various concerns they were scrutinised and studied, perhaps almost as narrowly as a man with a microscope might scrutinise the transient creatures that swarm and multiply in a drop of water. ~ The War of the Worlds by H. G. Wells (1898)

The question “where do we come from?” is the most profound question it is possible to ask, and the ability to ask that question is as good a criterion as any used to distinguish between intelligent and nonintelligent species. ~ Genesis – The Origins of Man and the Universe by John Gribben (1982)

I fell in love with football as I was later to fall in love with women: suddenly, inexplicably, uncritically, giving no thought to the pain or disruption it would bring with it. ~ Fever Pitch by Nick Hornby (1992)

I think it was my love of wrestling that first took me to the dance hall. ~ Unfaithful Music & Disappearing Ink by Elvis Costello (2015)

It was a bright, defrosted, pussy-willow day at the onset of spring, and the newlyweds were driving cross-country in a large roast turkey. ~ Skinny Legs And All by Tom Robbins (1990)

When I am asked, ‘Why did you go to Ethiopia?’ I find it impossible to give a short, clear answer. ~ In Ethiopia with a Mule by Dervla Murphy (1968)

I returned from the City about three o’clock on that May afternoon pretty well disgusted with life. ~ The Thirty Nine Steps by John Buchan (1947)

Granted: I am an inmate of a mental hospital; my keeper is watching me, he never lets me out of his sight; there’s a peephole in the door, and my keeper’s eye is the shade of brown that can never see through a blue-eyed type like me. ~ The Tin Drum by Gunter Grass (1959)

If you really want to hear about it, the first thing you’ll probably want to know is where I was born, and what my lousy childhood was like, and how my parents were occupied and all before they had me, and all that David Copperfield kind of crap, but I don’t feel like going into it, if you want to know the truth. ~ The Catcher in the Rye by J. D. Salinger (1945)

It was only when my grandparents started to die that I began to think about China and my family’s story; before I lost them, history never concerned me. ~ Sons of Heaven by Terrence Cheng (2002)

He was an old man who fished alone in a skiff in the Gulf Stream and he had gone eighty-four days now without taking a fish. ~ The Old Man and the Sea by Ernest Hemingway (1952)

Some of the first sentences above are short and stark, while others are long and, like Hemingway’s old fisherman, they lay out a line to entice and catch the reader.

I would be hard-pressed to pick an “all-time” favourite sentence, though I do think the following is a stand out for making a bold statement of intent:

This book attempts to provide a short history of everybody for the last 13,000 years. ~ Guns, Germs and Steel by Jared Diamond (1998)

Now there is a first sentence to challenge and capture the reader – and the 1998 Vintage edition #bookcover is bold and catchy, too!

Do you have a favourite first sentence (or book cover)?

We Need to Talk (Microfiction)

Tall And True – A New Chapter

What Do You Use For Bookmarks?