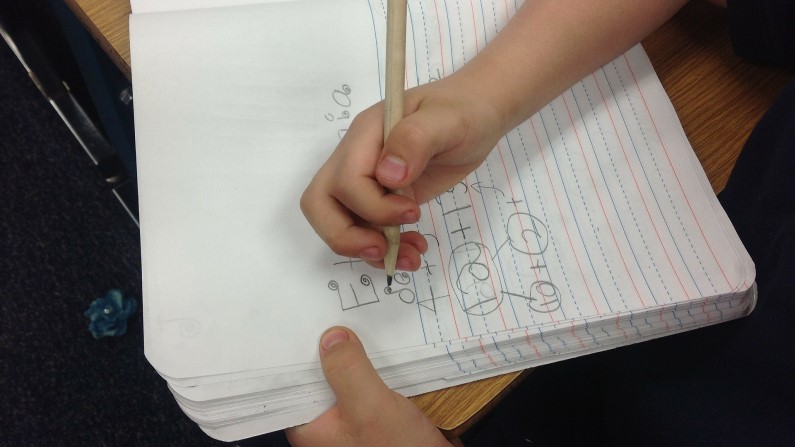 Sorting through storage boxes recently, I found an old notebook belonging to my son. It wasn’t a school exercise book, but something in which he’d jotted and doodled as a twelve-year-old in 2014. And among its random pages was a short story he’d written about a father who doesn’t have “great ideas”.

Many people have great ideas. My father, however, is not one of them. He is always inventing things to help us be safe that are stupid. Of his many stupid ideas, most of them have hurt us. For instance, when I was one, he made a diaper-changing machine that nearly suffocated me by putting a diaper over my face. This is my life.

Like other jottings in my son’s notebook, the piece is unfinished. And, I must stress, the story about “his” father is entirely fictional because I have great ideas! However, after reading it, I reflected on the inspirations for my early creative writing.

A Ship to Australia and Sammy Snail

My first dateable recollection of story writing is as an eight-year-old. My mother and I had migrated to Australia as “Ten Pound Poms” on a ship. And one day at primary school, I wrote a “true” story about how it had sunk. And how we’d climbed down the ship’s anchor chain to reach a lifeboat.

I also recall writing a series of stories about a private detective called Sammy Snail. Yes, that was his name, and he was a mollusc. And like Sherlock Holmes, Sammy always solved his cases, albeit slowly!

When I was ten, my class had an English project to write and illustrate a book. Working in pairs, a classmate and I wrote Kidnapped, a gripping tale of a young boy kidnapped by bad guys. The boy somehow escapes (I don’t remember the details), and the bad guys end up in prison.

We had started working on a sequel, Revenge, when our teacher announced the end of the project. (I had already drawn the cover, with one of the bad guys using a file to cut through the iron bars of his prison cell window.)

I was disappointed we couldn’t finish the sequel, so at home, I wrote and illustrated an Enid Blyton / Famous Five-style adventure story, Sand Island. My aunt, the only one in our family who had a typewriter, typed up the manuscript, and my father helped me bind and cover the book. And fifty years on, my treasured first (and only) edition still exists.

Fast forward a few years, and my next firm creative writing memory is a last-minute high school English assignment. I was fourteen and a troubled teenager. And I’d had several weeks to produce a multimedia reflection on modern life but had nothing to show for it.

The night before I was due to hand in the assignment, I pulled my first all-nighter. And I wrote a short story about a (troubled) teenager who wants to join a gang but must complete initiation tasks set by the leader.

My story followed the teenager through the night as he wandered the city streets, ticking off the tasks. I grew up in Perth, Western Australia. And although I didn’t name it in the story, this was “the city”.

A police chase ensued, and the teenager ran to “the park” (Kings Park). As the police closed in on him, he sprinted up the spiralling steps of “the tower” (the fifteen-metre high DNA Tower in Kings Park). However, trapped at the top, the teenager climbed over the safety railing, slipped and fell. (I dramatically ended my story mid-fall — these were the days before trigger warnings and Lifeline.)

I was tired but exhilarated the following day at school. Because of its swear words (probably a few “bloodys”), gang action and grim denouement, my classmates pleaded with our teacher to let me read the story aloud. And, bless her, she consented.

I’ve never forgotten the adrenaline buzz I felt that day reading my short story to the class and hearing their positive feedback. (My English teacher gave me an A for the assignment. “I would have given you an A+,” she told me, “but I know you only wrote the story last night.” Nevertheless, I thought it was a fair mark, and I remember her fondly as my favourite teacher.)

Did one of my “stupid ideas” inspire my son to write his story about the father and the diaper-changing machine? I don’t know.

I know, I loved to write from an early age. And the inspiration for my stories ranged from a “Ten Pound Pom” ship to snails, the Famous Five and a last-minute English assignment.

And in an appropriate twist for a storyteller, finding my son’s old notebook inspired me to write this blog post.

N.B. Like reading my story to the English class as a fourteen-year-old, the middle-aged me still loves narrating my short stories and blog posts on the Tall And True Short Reads podcast!

With thanks to sharpemtbr from Pixabay for sharing the image used in this blog post.

Elephant in the Room & Other 23-Word Stories