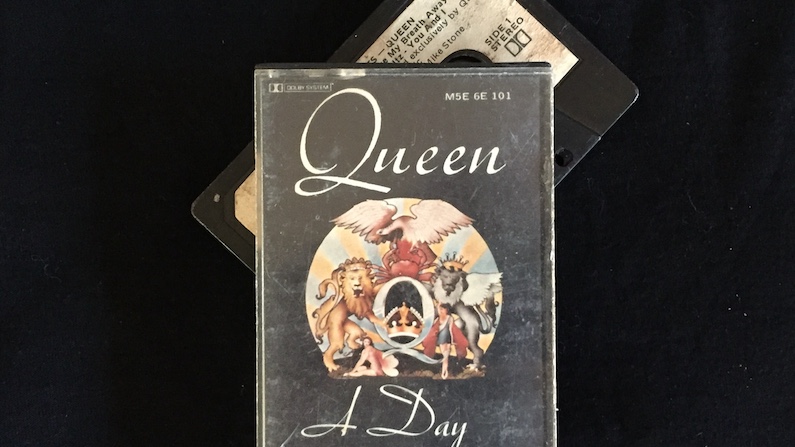 In Part 1 of my Albums That Changed Your Life blog post, I explained how a friend had nominated me for the Facebook challenge and how I’d bent the rules by not nominating new friends with each post and by posting eighteen albums instead of ten. But I’d honoured the principle rule and not offered explanations for my favourites.

The purpose of the Albums blog post is to unleash me from this rule’s constriction and write a short piece about each album. But because even a “short piece” about eighteen albums ends up being a lengthy blog post, I  broke the post into part 1, my first ten favourites, and part 2, albums eleven to eighteen.

Like most nowadays, my music isn’t just on vinyl. The last three albums on the list are from my other music media: MP3s, CDs and cassettes. The artwork of these media can’t compare to the visual and tactile pleasure of a 12-inch LP. As I said in part 1, to paraphrase Bill Clinton from his 1992 presidential campaign, It’s the music, stupid!

More of My Favourite Albums

Here are my favourite albums, eleven to eighteen, on vinyl, MP3, CD and cassette, in the order in which I posted them to my #AlbumsThatChangedYourLife series on Facebook:

11. Django Reinhardt, Djangology 49
In the early 1990s, I read a bio on Andy Summers from The Police in which he said hearing Django Reinhardt as a kid had inspired him to learn gypsy jazz guitar. And by doing so, it had improved his guitar playing. I had never heard of Django Reinhardt, but I wanted to be a better guitar player, so I bought my first Reinhardt record, Djangology 49. It’s a collection of gypsy jazz tunes, many of which have become standards, with Django’s fingers flying on the guitar and Stéphane Grappelli on violin. My fingers don’t fly over the guitar like Django’s, but I still buy his albums today!

12. David Bowie, Hunky Dory
Again, in the early 1990s, I worked for a small software development company in England. The company director loved his music and would bring in cassettes and CDs to play in the office. He introduced me to Hunky Dory. It contains recognisable Bowie hits like “Changes”, “Oh! You Pretty Things”, and “Life on Mars?”. But it also showcases a side of him that I didn’t know existed, with one of my favourites, “Kooks”, written for his new-born son. So, when I spotted a mint condition album in an English second-hand market, I just had to have it!

Time may change me, But I can’t trace time.

13. The Blues Brothers (Original Soundtrack Recording)
I was in my late-teens when The Blues Brothers movie was in the cinemas. All my friends saw the movie, but for some reason I missed it. However, from my friends, I learned all the songs, gags and dance moves (“Shake your tailfeather”), and when I finally did see the movie on video in my mid-twenties, it was like meeting an old friend. I found the album in a second-hand market in England when I was in my early thirties. I’m now in my mid-fifties. I’ve got The Blues Brothers on CD, and I love singing along to Jake and Elwood in the car – though I don’t shake my tail feather while driving!

She Caught the Katy (And Left Me a Mule to Ride)

14. The John Lennon Collection
As I confided in a blog post on the Tall And True writers’ website about My Favourite Beatle, John was my Beatle. I love listening to his voice and lyrics in the Beatles anthology. Lennon’s songs have an edge and a message, which only got more strident in his immediate post-Beatles career. After his five-year self-imposed exile from the music industry, Lennon’s music may have become more gushy than edgy. But I appreciated the beauty and sorrow of his later songs when I became a forty-something dad.

Instant Karma’s gonna get you.

15. The Beatles, White Album
Like many of my generation and the one before, I became obsessed with the Beatles as a kid. I listened and sang along to Beatles records, tapes and CDs, read their biographies, and learned to play their songs on guitar (basic chords only!). Now middle-aged, I’m even writing blog posts about My Favourite Beatle! And the White Album remains one of my favourites because it’s so eclectic – a flexing of the Beatles’ songwriting and musicianship!

Dear Prudence, won’t you come out to play.

16. Introducing The Whitlams (MP3)
A friend introduced me to The Whitlams when I returned to Australia in 1996. I bought their later music on CDs but downloaded their 1993 debut album from Apple iTunes when the legendary Labor PM Gough Whitlam died in 2014. The album was a homage to Gough, with Whitlam on the cover and “Gough” being one of its catchiest tunes. On the day he died, I remember singing along to “Gough” while walking my dog, with a lump in my throat and tears in my eyes, thinking of the lost hopes and opportunities of the 1970s Whitlam era.

I was in Brighton, England, in 1994, catching up with good friends and revisiting old haunts. It was the morning after a BIG night out, and I felt “poorly” as I browsed the EMI music store. Suddenly an incredible sound played over the in-store speakers. I don’t know that I believe in “love at first sight”, but this new music, the beat and rhythm, and the guitars and hypnotic vocals, was for me love at first listen! I asked a store worker what was playing, and through the fug of my hangover, I thought I heard him say “Far-ka”. I had to ask twice more before I could patch together “Farka with Ry Cooder”.

When I was a sixteen-year-old, I bought an old 1960 FB Holden with five other schoolmates for $100. We painted it blue and fitted it out with a $60 cassette tape player and speakers. One of our favourite tapes that we played over and over was my Queen, A Day at the Races. The tape’s mangled now, but I listened to the album the other day on Apple Music, and it still brought back memories of teenage angst and freedom.

Changed my life? Perhaps not!

In truth, none of the albums in parts 1 or 2 of this blog post “changed my life”. I have favourites, yes, ones that meant something to me at some stage in my life and which I still like to play today.

However, there isn’t an album that’s made me rush out and become a Buddhist, or join a revolutionary movement, or sell my soul to the devil at the crossroads.

But the music and songs on the albums have enhanced my life. And, as this Facebook challenge proved, I still enjoy listening to the tracks today.

N.B. I hope you enjoyed part 2 — here’s a link to part 1, Albums That Changed Your Life. You might also be interested in a blog post I wrote on another Facebook challenge, 22 Pushup Challenge for PTSD. 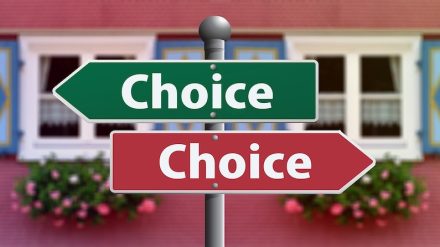 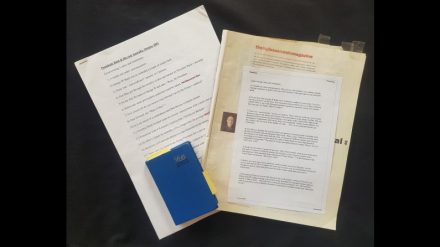 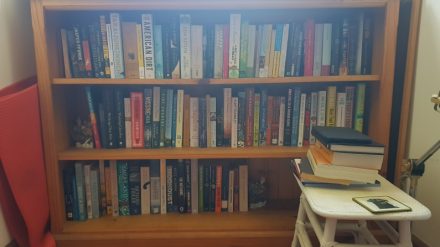 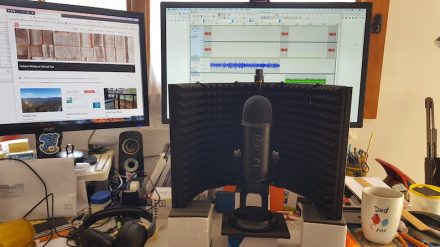