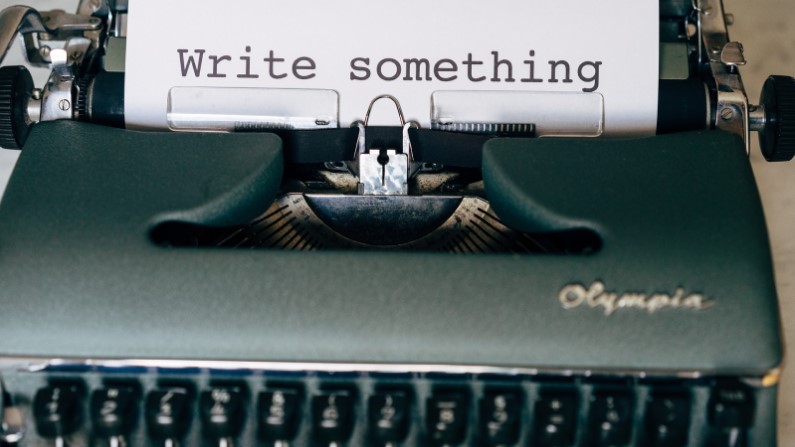 Since April 2020, I’ve written and submitted twenty-one consecutive short stories for the monthly Furious Fiction writing competition. However, in December 2021, I learned Furious Fiction was shifting to a quarterly competition in 2022. Like many fans, I felt bereft. Until the Australian Writers’ Centre announced First Friday Fix.

I’ve blogged my thanks to the Writers’ Centre for running Furious Fiction. I wrote my first entry, A Song on the Radio (read story on Tall And True), on the first weekend of COVID lockdown in Sydney. And subsequently, as the lockdown dragged on, I found the routine and process of writing my short stories within the 55-hour deadline helped me cope.

I didn’t bask in the winner’s spotlight. But I shared my short stories on the Tall And True writers’ website and branched out, narrating them for the Tall And True Short Reads podcast. And in April 2021, I published Twelve Furious Months, an ebook collection of my first twelve months of Furious Fiction stories. As I wrote in the introduction:

I look forward to the Writer’s Centre’s Furious Fiction monthly competitions because I’ve become addicted to the escapism of writing short stories!

I knew other writers like me would miss the monthly short story writing “fix”. So, I contacted the Writers’ Centre to ask if they would mind me promoting informal off-month “Furious Fictions”? There would be no judging or prizes, just the self-satisfaction of writing a short story to a brief within a 55-hour deadline. And the brief would be selected at random from previous Furious Fictions (dating back to February 2018).

The Writers’ Centre responded they had no issue with the informal Furious Fiction concept. But I might like to choose another time of the month to run it because they were planning First Friday Fixes in between the quarterly Furious Fictions.

Along with the micro-story challenges in the First Friday Fix emails, the Writers’ Centre planned to profile members of their Furious Fiction Fan Club. And yours truly was invited to be the first fan profile!

It was an honour to be asked to be profiled in the first First Friday Fix email. All I had to do was provide a photo, my Twitter and Facebook handles, and answer a few questions:

What do you love most about Furious Fiction and writing short stories?
I quote Neil Gaiman (with his kind permission): “Short stories are tiny windows into other worlds and other minds and other dreams. They are journeys you can make to the far side of the universe and still be back in time for dinner.” I’m addicted to the escapism of writing short stories! (As I wrote in the introduction to my short story collection.)

What’s been your favourite Furious Fiction challenge/story so far?
Choosing is difficult – it’s like being asked to choose a favourite child. (Fortunately for my son and me, he’s an only child!) However, I am particularly proud of July 2020’s short story, “Too Late, Lenny” (read on Tall And True). The story had to take place at either a WEDDING or a FUNERAL. So I set it at Lenny’s funeral, streamed over Zoom due to COVID restrictions. And my narrator is his old friend, Bob, who talks to the departed Lenny and recounts their friendship. I later narrated the story for my Tall And True Short Reads podcast. And whenever I listen to this episode, it still sends a chill up my spine.

Favourite AWC course?
I did 2 Hours to Scrivener Power with Natasha Lester. I’d had Scrivener for a while but had struggled to get my head around all the options. Natasha cut through its complexity and focused on the key functionality needed to write with Scrivener.

Favourite word?
“Preternatural.” Stephen Donaldson uses it throughout his fantasy series, The Chronicles of Thomas Covenant. And when I encountered the word (as a 20-year-old) in the first book, Lord Foul’s Bane, I had no idea what it meant. But by the time I finished the series, I had a fair idea of its meaning without checking a dictionary.

Favourite book?
Tim Winton’s Cloudstreet. I discovered it on a trip back to Australia from England in 1992 (Winton had just won his second Miles Franklin). The book “wowed” me, and I found parallels between Winton and myself (similar age and both from WA) and my wannabe desire to be a writer. And ever since, Cloudstreet has held a special place in my memories.

Favourite fictional character?
Chet from the Chet and Bernie mystery series by Spencer Quinn. Bernie Little is a “slightly down-at-heel private investigator”, and Chet is his “partially K-9 trained” dog, who failed police-dog training, and is also the narrator. I’m a dog lover. And although I don’t endorse anthropomorphising dogs, I recognise Chet’s thoughts and actions in my dog, Jet.

The first First Friday challenge was to write a 50-word micro-story on the theme of New Beginnings. I’ve reviewed and dabbled in microfiction (read Loopholes by Susan McCreery on Tall And True). And even narrated three pieces for a podcast episode, Three Minute Microfiction. So rather than one micro-story, I wrote three untitled 50-word stories:

The milestone year, 50, is embossed on my birthday card. The family posted it last week: “Here’s to new beginnings, darl”, “Welcome to middle-age, son”, “Jeez, you’re old, Dad”. I close the birthday card and drop it in the cell bin. I want my lost life back, not “new beginnings”.

The scarlet sun breaches the horizon. A beautiful sight, but I’m focused on driving safely. My wife’s running through short-listed girls’ names to take her mind off the contractions. (We know the gender.) “Scarlett!” she screams when we arrive at the hospital. I glance up at the horizon and agree.

It’s November 2029, and the UN is marking the tenth anniversary of COVID-19. The Chinese and Russian blocs have boycotted the event, as have the Americans and their allies. But without a hint of irony, the Secretary General addresses the near-empty General Assembly: “COVID-19 heralded unprecedented ​​beginnings of global cooperation.”

I was immensely proud to be profiled in the Writers’ Centre’s First Friday Fix email. And I enjoyed the first 50-word challenge and was pleased with my micro-stories. But, as I tweeted, I still missed Furious Fiction.

So maybe I will write informal mid-month “Furious Fictions” between the Writers’ Centre’s official quarterly competitions?