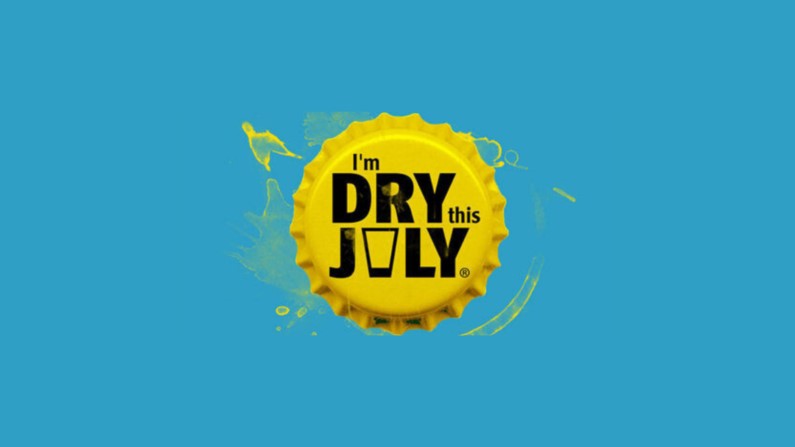 My first experience of Dry July was in 2012. A trainer at my gym mentioned he was going dry for the month to raise funds for a cancer charity. Both sounded worthy causes, so I donated $20 to his fundraiser. Little did I realise it was the beginning of a long-term relationship with Dry July.

The Dry July Foundation runs an annual challenge that, in addition to promoting the health benefits of taking a break from alcohol, raises funds to help people affected by cancer. And 2022 marked my tenth year of fundraising and eighth of participation after my 2012 donation.

In 2013, my then eleven-year-old son asked if I’d be doing Dry July this year. Keen to be a role model and prove dad could survive without a drink, I said yes. Looking back at my 2013 diary entries, it seems it wasn’t a struggle to get through the month. For example, on August 1st, I wrote, “End of Dry July. But I didn’t reach for a beer or wine.”

According to my 2014 diary, I “savoured a last glass of wine” before my second Dry July. But again, my diary entries suggest I had no difficulty staying dry for the month. I even abstained for an extra day rather than drink “watery beer” at the footy. And I donated the money I saved on the beer to my Dry July fundraiser.

The first fortnight of Dry July 2015 was spent on a family holiday in Cairns and further up to the Daintree Rainforest and diving on the Great Barrier Reef. And when the Dry July Foundation urged participants to “Stay Strong, Stay Dry!” in a Facebook post, I responded, “It helps that I’m in the land of Bundaberg Ginger Beer.” But once again, my diary doesn’t record an end-of-month binge. 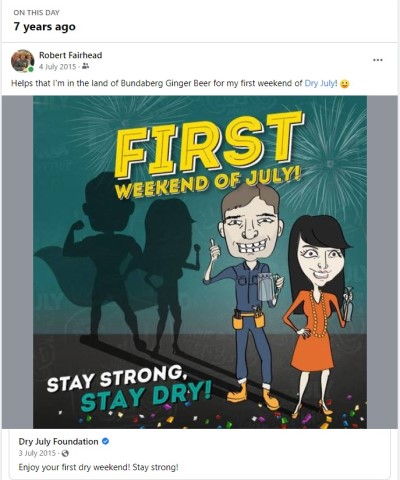 Mostly Dry July and One Week of August

On the last day of June 2016, I spent an enjoyable evening with my brother and sister-in-law at a local pub. Unfortunately, I drank too many beers and, as I wrote in my diary, “woke feeling bleugh” in the morning. And it moved me to sign up again for Dry July.

However, my son played at an Australian junior water polo championship in Melbourne in early July. So I decided to take a “sabbatical” from Dry July for the week I was away watching him play. And I tacked on a week into August to complete 31 days of dry fundraising.

I did the same in 2017, taking a week’s sabbatical from Dry July while in Perth for a family holiday and enjoying a few drinks with my father and brothers. 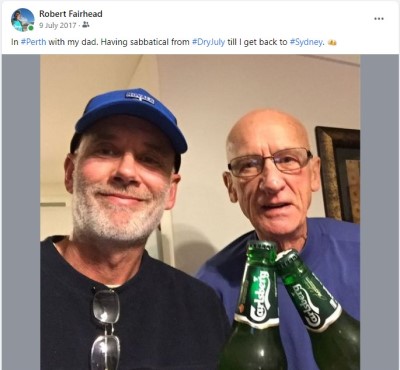 Five straight years of Dry July and a few personal pressures left me sorely tempted to skip the challenge in 2018. But on June 30th, I posted on Facebook:

In 2019, I was up in the Top End of Australia for a family wedding and campervan tour. And this time, I did skip Dry July. But I donated to my brother, who offered to “carry the banner” for our family so I could enjoy a tasty pale ale at Lola’s Pergola in Darwin. 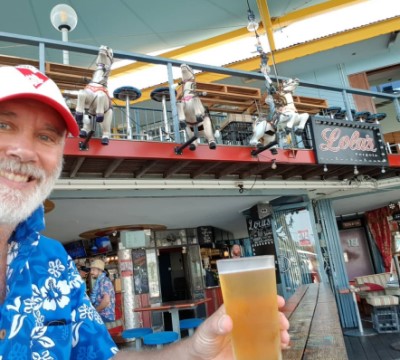 With COVID and lockdowns, no one could have blamed me for skipping Dry July in 2020. Except me! And I wrote in my diary on June 30th: “I signed up for ‘Sly Dry July’ after everyone went to bed. I’m not telling family and friends I’m doing Dry July until week 3 or 4 of the challenge. In case I fail!”

Despite being sorely tempted during the month (like when my son knocked out and lost a front tooth doing parkour on Sydney Harbour), I stayed the course. And on July 21st posted on Facebook:

I’ll let you all in on a little secret: I’ve been doing “Sly July”. That is, I’ve been doing Dry July all month. But because I wasn’t sure how I’d cope without my nightly tipple of beer and/or wine, I’ve been keeping quiet about it.

However, I’ve stayed dry for 21 days, and August is on the horizon. So I’m coming out of the (untouched) drinks cabinet and inviting family and friends to donate to my fundraiser for the Prince of Wales Hospital cancer services.

And thanks to generous donations from family and friends, I doubled my “Sly July” target, raising over $500 for the Prince of Wales Hospital. 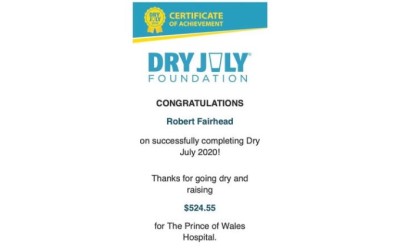 With rising COVID cases, Sydney was back in lockdown in June 2021. And again, I was tempted to skip Dry July. But I saw a video posted by someone I knew from conferences and social media. He revealed he was undergoing treatment for cancer and his bravery inspired me to sign up again.

His post also inspired me to redouble my fundraising efforts. And thanks to the generosity of family and friends, I set a new donations record, posting my gratitude on Facebook on July 31st:

31 days of Dry July done and dusted, and $750 raised for Prince of Wales Hospital to help people affected by cancer. Big THANKS for the donations and messages of support. As Farmer Hoggart said to Babe, That’ll do.

As the end of June 2022 loomed, I felt less and less inclined to attempt another Dry July, writing in my diary on June 30th: “Haven’t signed up and think I might skip it this year.” However, that night I finished a bottle of red wine. And in the morning, I wrote, “Looked at my bleary, red stained eyes in the bathroom mirror and decided I had to do Dry July again!”

That’s not to say I felt confident about the challenge, bemoaning on Facebook the length of the month! 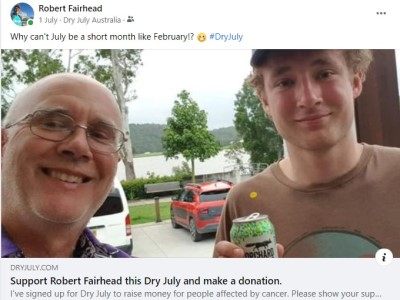 In 2012 I donated to the trainer at the gym’s Dry July because I thought it was a good cause for him and the cancer charity. And the following year, I signed up to prove to my son that I didn’t need a drink and to donate the money I saved from not drinking to the Prince of Wales Hospital.

Over the past ten years of Dry July, my goals have remained similar. Although now, rather than setting an example for my son, I’m challenging myself to stay off the booze. And I’ve lifted my game in the fundraising stakes.

So, thanks, Dry July. Like pushing myself to go to the gym in 2012, it’s been a struggle at times, but I always feel better afterwards. From the health benefits of not drinking for a month. And from knowing the money I’ve raised through my small sacrifice will help people affected by cancer.

The Dry July Foundation sent me a shiny coaster in late August to say thanks for my fundraising in 2022. 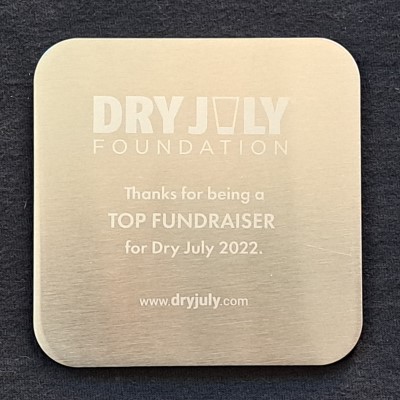 But as I shared on social media, it wouldn’t be possible to be a “Top Fundraiser” without generous supporters.

N.B. You might also like to read about another small sacrifice I made, spending Six Weeks in Teal (May 2022). 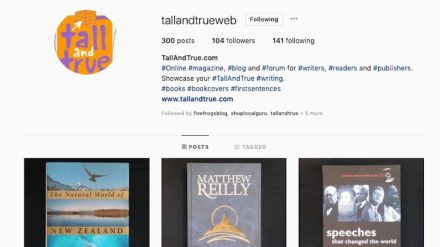 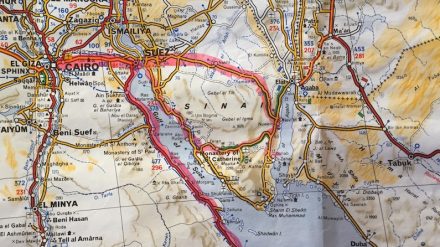 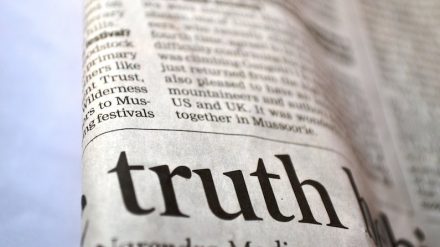 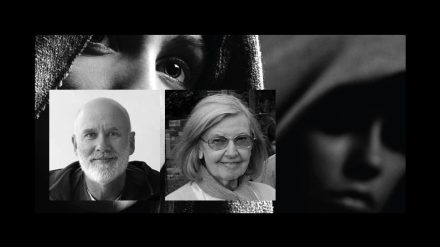