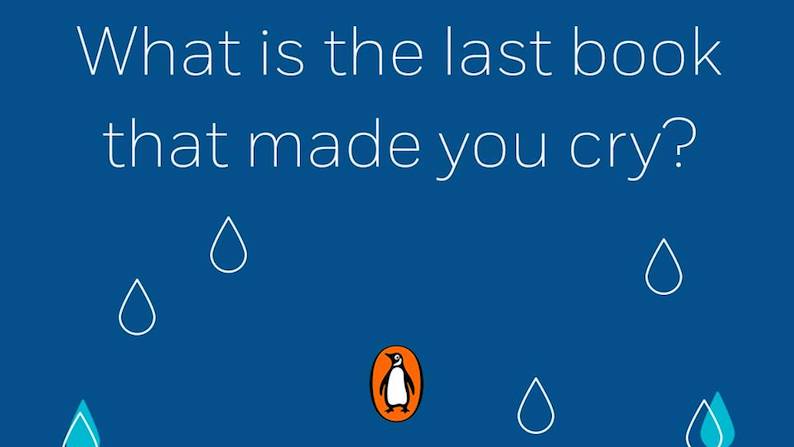 Penguin Books Australia posted a question on Facebook in August 2017: What is the last book that made you cry? The books could evoke tears of joy or sadness, and I immediately thought of three books, all for the latter category. And here are my top tearjerkers!

Tuesdays with Morrie by Mitch Albom

I read Tuesdays with Morrie (Amazon) while being “Mr Mom” for my then-toddler son. I had a home-based software consultancy, and the plan was to catch up on project work during my son’s morning and afternoon sleeps. However, his morning sleep rarely happened, and he wouldn’t settle for his afternoon sleep unless I pushed him around the block in his pram — and then I couldn’t get the pram back in the front gate without waking him!

In the end, I gave up trying to squeeze in work in the afternoons and instead enjoy an hour or so in the park, of reading. And it was during this period I discovered Tuesdays With Morrie. This is not the place for an in-depth review of the book, save to say, the writer, Mitch Albom, learns his old college professor is dying from ALS and spends Tuesdays visiting and philosophising with his old professor … until the inevitable conclusion.

I wanted to avoid the “conclusion” for as long as possible. So when I got to the final chapters, I put the book aside. After that, I read several books on my afternoons in the park, with my son asleep in his pram. And then one day, I braved Tuesdays with Morrie again, tacking the final chapters.

I had been right to hold off reading about Morrie’s passing, but it felt good to do so finally and to shed tears, and I felt ready to push my son home and move on.

Marley & Me by John Grogan

I’ve had Labradors! I know the joy of owning a dog turns into sadness at the end of its life. So why would I want to read Marley & Me (Amazon)? I knew how it would end! And yet, every dog owner and lover I knew would ask: “Have you read Marley & Me? It’s about a Labrador. You’d love it!”

So I risked the book, and I didn’t love it because the writer, John Grogran, and his family annoyed me with how they let Marley run and, at times, ruin their lives. I’m a part-time dog training instructor, and I could see the dog needed boundaries and a fence! But I stuck to reading it, shaking my head and tut-tutting — until the last few chapters.

You see, I had an old Labrador when I was reading Marley & Me and Marley’s ageing in the book triggered emotions I wasn’t ready to deal with, not with my old dog. So like Tuesdays with Morrie, I put the book aside until I felt I was “ready” to read the final chapters of Marley’s life.

Only I was wrong this time — I wasn’t ready to read about Marley’s death. Nor was I ready when my old Labrador passed away — there are some things dog owners are never “ready” to deal with. And this “thing” proved to be one of them!

The Book Thief by Markus Zusak

I’ve read many books about WWII, nonfiction and fiction, seen countless films and documentaries, visited war sites and concentration camps. But The Book Thief (Amazon) by Markus Zusak was the first time I’d read about the life of a “normal” German family during the war. And it confirmed what I knew to be true in my heart and head, that not all Germans were Nazis.

The book’s setting in wartime Germany with Death as the narrator didn’t augur well for the main characters, all of whom I grew to know and care for, thanks to Zusak’s skilful writing. So as the Allied bombing raids pushed further and further into Germany, my fear for my fictional friends grew. I didn’t put the book away this time but read it to the end and let the tears flow.

Of the three books that have moved me to tears in recent times, The Book Thief stands alone in being a work of fiction. It’s a prime example for aspiring writers of what they should strive to do with their writing: to engage and move the reader to tears of joy — or sadness.

We Need to Talk (Microfiction)