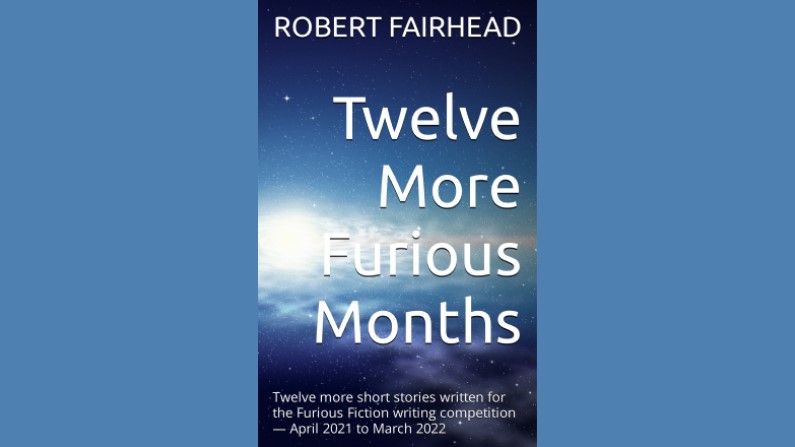 I entered my first Furious Fiction writing competition in April 2020. Run by the Australian Writers’ Centre, I had 55 hours to write a 500-word short story based on a brief. And the timing was perfect because it fell on the first weekend of COVID-19 lockdown in Sydney.

From April 2020 to March 2021, I wrote and submitted twelve Furious Fictions, sharing the short stories on the Tall And True writers’ website and narrating them for my Tall And True Short Reads storytelling podcast.

I didn’t win the monthly competitions, but I became addicted to them! And in 2021, I released Twelve Furious Months, an eBook collection with twelve of my Furious Fictions, including insights into how I wrote the short stories and links to them as podcast episodes.

At the same time, I continued to submit Furious Fictions, looking forward to the Writer’s Centre’s monthly challenges and the escapism of writing short stories.

In December 2021, the Writers’ Centre announced that Furious Fiction was changing from a monthly to a quarterly competition in 2022. Like many long-term fans, I felt bereft. So in January 2022, an off-quarter month, I attempted an unofficial Furious Fiction.

I drew a random brief from the Writers’ Centre’s website archive at 5 PM on Friday, followed the usual competition rules, and wrote a short story before my midnight Sunday deadline.

Except for the lack of social media interaction with fellow writers, I enjoyed the experience almost as much as a regular Furious Fiction and repeated it in February. And this meant that after the official quarterly Furious Fiction in March, I had a collection of twelve more furiously written short stories.

As with my previous collection, the short stories are presented chronologically, from The Lucky Country (April 2021) to Stuck in Time (March 2022). And include my writer’s insights and links to the podcast episodes.

I quoted Neil Gaiman in the Introduction of Twelve Furious Months, who says of short stories:

“[They] are tiny windows into other worlds and other minds and other dreams. They are journeys you can make to the far side of the universe and still be back in time for dinner.”

I hope readers enjoy the journeys in Twelve More Furious Months and make it home in time for dinner.

N.B. You might also be interested in my first eBook collection of short stories, Both Sides of the Story.