The Man Behind The Woman in the Window 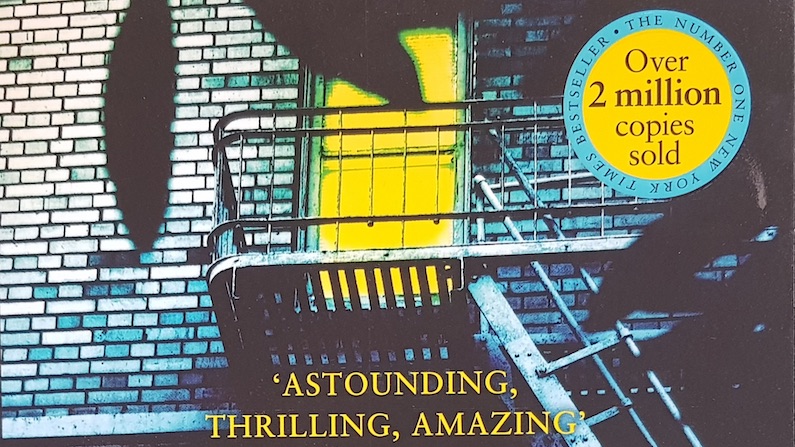 I am a sucker for a good book cover. So, while I hadn’t registered the hype over A. J. Finn’s debut novel, The Woman in the Window, the book had caught my eye in a bookshop. And as I am also a fan of Jimmy Stewart’s Alfred Hitchcock movies, I was intrigued by its homage to the 1954 classic, Rear Window.

What spurred me to buy the book wasn’t the cover or my Rear Window curiosity, but the furore caused by the article in The New Yorker (11 February 2018) exposing the deceptions of the man behind The Woman in the Window. And a subsequent Better Reading podcast (8 February 2019) interview with the man, who writes as A. J. Finn, Dan Mallory.

A pseudonym is not uncommon among writers; Wikipedia lists a page of notable nom de plumes (A. J. Finn wasn’t on the list, so I added him). And in Mallory’s case, as a well-known editor in the publishing industry, where a debut flop could be embarrassing and career-ending, pitching his novel as A. J. Finn proved a wise commercial move.

However, the litany of bald-faced deceptions discredited in The New Yorker article by Ian Parker is breathtaking and suggests a flawed character worthy of inclusion in a psychological thriller. Some of Mallory’s more fanciful claims about his health and family, qualifications and career include:

Before the article’s publication, Mallory provided a statement to The New Yorker, apologising for having “stated, implied, or allowed others to believe that I was afflicted with a physical malady” and “taken advantage of anyone’s goodwill”.

He blamed the deceptions on years of “psychological struggles”. Rather than reveal his mental illness earlier, Mallory claimed, “Dissembling [had] seemed the easier path.”

Mallory acknowledged his mental health issues in the Better Reading podcast interview with Caroline Overington. At twenty-one, he was diagnosed with severe clinical depression. He’d resorted to “every treatment imaginable”, from medication to meditation, hypnotherapy and electroconvulsive therapy. However, none had proved “lastingly fruitful”.

On his thirty-sixth birthday three years ago, Mallory saw another psychiatrist who determined he had been misdiagnosed and instead had a form of bipolar disorder. “Within about six weeks” on his new regime of medication, he felt “altogether restored, totally transformed”.

Having worked through mental health issues for over fifteen years and written a best-selling book where the protagonist has agoraphobia, Mallory has taken it upon himself to speak out on mental health. As he said in the podcast, “It is a subject that is under-discussed. It is little understood and much stigmatised.”

I couldn’t listen to the Better Reading podcast without thinking of The New Yorker article. Mallory sounded charming and self-assured on the podcast, yet claimed to be shy. Was he overcompensating for his shyness? Despite being “restored”, was that why he repeated the deceptions about his CV that The New Yorker had exposed?

I’d posted a question to my Facebook page when The New Yorker article broke: Is it okay for a fiction writer to make up a disease and details about his CV in his author bio?

Better Reading explored the question in greater depth on their A. J. Finn follow-up podcast on Literary Scandals and Hoaxes (19 February 2019), where Cheryl Akle and Caroline Overington discussed the Mallory scandal (and other more infamous and close to home literary hoaxes).

At the end of the podcast, Overington asserted, “[Mallory] didn’t really lie to us at Better Reading.” He had not said his mum was dead or that he had cancer, or that his brother had suicided. She admitted feeling “a bit bruised” about the interview and the Oxford doctorate lie, but she still praised Mallory’s book as a “great read”.

Akle, however, commented, “[The scandal] has certainly devalued that book for me.” 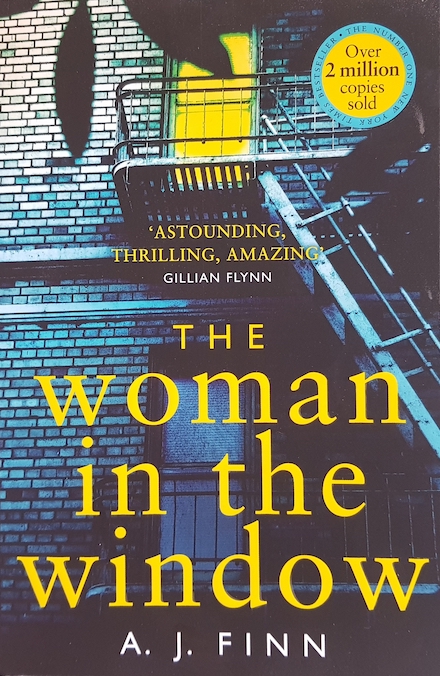 Shortly after The New Yorker article and the first Better Reading podcast, I was in a supermarket check-out queue when I spotted the distinctive book cover of The Woman in the Window on an impulse-purchase shelf. I thought of the Mallory scandal, I thought of the fantasy world I inhabit when writing and the half-truths I’ve told in my life, I thought of Hitchcock’s Rear Window, and I picked up a copy and read the first sentence:

Her husband’s almost home. He’ll catch her this time.

Have I mentioned I am a sucker for a good first sentence, too?