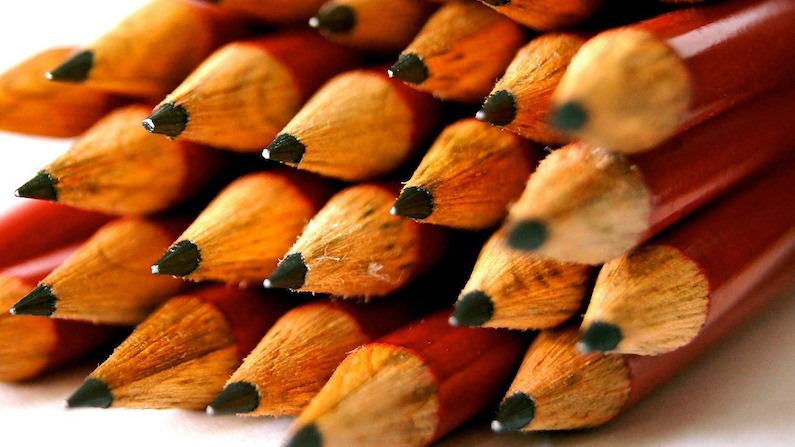 It was my birthday recently. My brother and sister-in-law gave me a charity gift of 1000 pencils to be sent by Unicef to children in need to help further their education. The gift reminded me of my backpacking days in the mid-1990s, travelling in East Africa, and being beset by kids begging for pens and pencils.

Before setting off on the truck safari adventure, I had followed my Africa guidebook’s advice and packed a pencil case full of pens. However, I soon learned the pencil case was woefully inadequate — I needed a bottomless pit of pens and pencils!

In every town, whenever I stepped off the truck or left the sanctuary of a hotel, I’d be surrounded by kids, hands outstretched and chanting what seemed to be their only words of English: “Pen, pen, pen!” I felt like the Willy Wonka of stationery supplies.

At first, I tried rationing the pens to one or two per stop. But that left a lot of unhappy kids, some of whom would burst into tears — I later learned most were crocodile tears, though that didn’t make me feel any better at the time.

And if I gave a kid a pen, then he or she would immediately hide it behind their back and hold out the other empty hand, rejoining the chorus, “Pen, pen, pen!”

I ran low on pens and, to my affluent-tourist shame, patience. “No, no, no!” I’d say, brushing aside eager hands. I even took to staying on the truck at food and fuel stops to avoid the begging kids.

But I didn’t go to Africa to sit on a truck and not experience the place and people. So in Weldiya, south of the famous rock-cut churches town of Lalibela, in northern Ethiopia, I tried a different tack, as I wrote in my travel journal for the 6th November 1995:

I diverted the pen seekers beside the truck by asking one kid why he wanted a pen. “For school,” he replied, holding up a clutch of exercise books. I asked him if he could show me some of his schoolwork. He nodded excitedly, opened his English textbook and turned the pages for me. Surprise, surprise, it was full of carefully handwritten sentences on how to ask tourists for pens.

My journal doesn’t record if I gave the kid a pen and, after all these years, I don’t recall whether I did or not. But the proud smile on the kid’s face as he showed me his schoolwork still burns bright in my memories of my African travels.

Although, as I commented to my brother, recounting the tale when I called to thank him for his birthday gift, I wish I’d had 1000 pencils to give to the kids back then.

With thanks to Uwe Baumann from Pixabay for the perfect image of pencils.

N.B. You might like to read my Travel Writing piece on Three Visits to Dahab, Egypt, between 1990 and 1995.