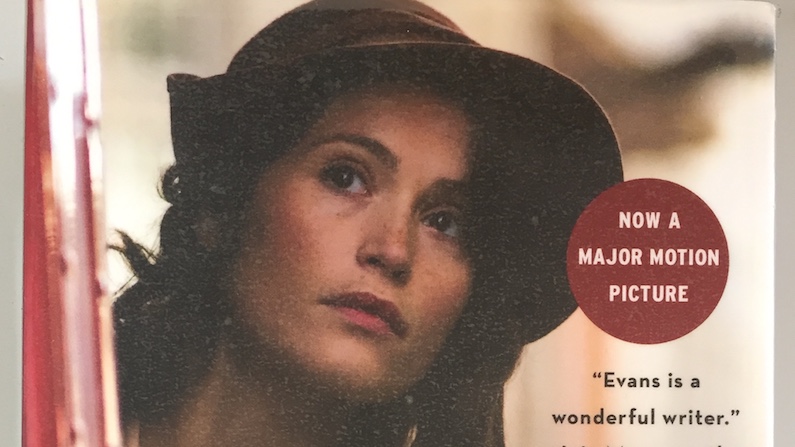 It was a warm, lazy Sunday afternoon, and I took advantage of the day to sprawl on my sofa and finish reading Their Finest by Lissa Evans (first published as Their Finest Hour and a Half).

I was inspired to read the book after watching the film version — a British period comedy-drama about making propaganda films and life on the home front in London during  The Blitz. (I reviewed the film version, justly rated 4 1/2 stars on Rotten Tomatoes, in an earlier blog post.)

Catrin Cole is a young, inexperienced, but talented scriptwriter who is seconded to the Ministry of Information. Catrin is assigned to work with Tom Buckley and his crusty older writing partner to provide a woman’s perspective on the Ministry’s propaganda films.

Together the writing team produce an outline based on a newspaper report of a brave rescue at Dunkirk. The Ministry decides it’s ideal for lifting the morale of the home front during The Blitz bombings. And for potentially kindling American interest in joining the war. Their Finest follows the making of the film, from scriptwriting to production and eventual release.

While the film departs from the book in several areas (for instance, a couple of central characters in the book were completely missing from the film version!), I enjoyed both. A reluctant actor in the Dunkirk film is Ambrose Hilliard, a star of stage and film in the 1920s, who refuses to believe his stardom has dimmed with the passing years.

Superbly played by Bill Nighy in the film, Hilliard’s thoughts and dialogue in the book are full of acerbic wit and had me laughing out loud, all the more so because it was so easy to imagine Nighy delivering them!

Having enjoyed both the film and the book, I posted my thoughts on Twitter and it was a pleasant surprise for the author, Lissa Evans, to respond and thank me for my tweet.

I tweeted back, “No, THANK YOU. I loved the film and the book. And especially Ambrose Hilliard.” To which she replied, “I have to confess that he’s my favourite character.” It shows! So if you’d like a good read and a good film, I thoroughly recommend reading and watching OR watching and reading, Their Finest by Lissa Evans.

N.B. This post is also published on the Tall And True blog. And you might be interested in reading how I tracked down a copy of Their Finest in my local library in another blog post, Large Print Editions.